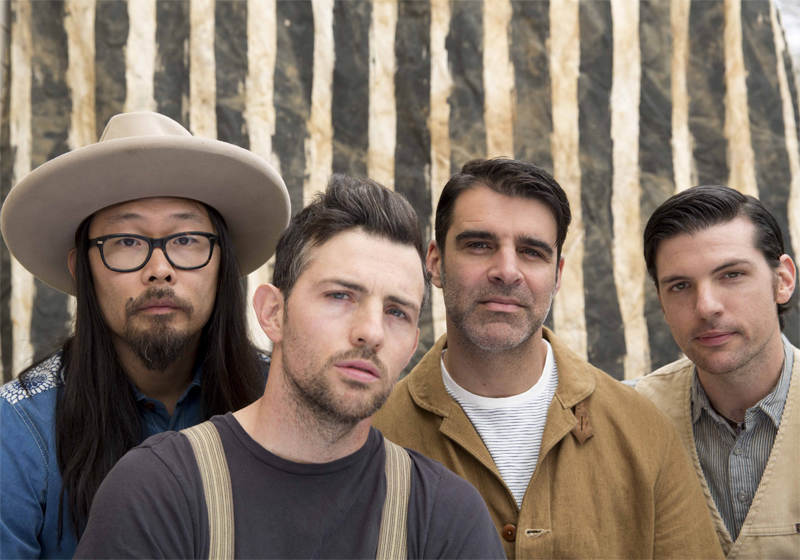 Panama City Beach continues to add to its lineup of fantastic entertainment and events in 2017 with the announcement of UNwineD, a Southern garden party presented in partnership with Garden & Gun magazine. The two-day festival taking place March 24-25 at Aaron Bessant Park will feature superb craft beer, spirits and wine from around the world, plus culinary creations by Northwest Florida’s leading chefs and a live musical performance by Grammy-nominated and acclaimed American folk-rock band, The Avett Brothers.

“We are thrilled to announce the return of UNwineD to our world-class beaches,” shares Visit Panama City Beach President and CEO Dan Rowe. “With the announcement of The Avett Brothers joining the lineup, we look forward to a memorable weekend where visitors can eat, drink and enjoy this REAL.FUN.BEACH.”

The weekend begins Friday, March 24 with the Garden & Gun Kickoff Party at Aaron Bessant Park where guests can raise a glass while mixing and mingling with elite chefs, mixologists, and top tastemakers of the south from 6-8pm. The celebration continues on Saturday, March 25 with a Grand Afternoon Tasting and Cocktail Competition from 1-4:30pm followed by a Picnic in the Park and Concert featuring The Avett Brothers from 5-7pm.

Tickets will be available for purchase in the coming weeks. For more information about Panama City Beach and UNwineD, visit www.visitpanamacitybeach.com.

THE AVETT BROTHERS made mainstream waves with their 2009 major label debut, I and Love and You, landing at #16 on the Billboard Top 200 and garnering critical acclaim from Rolling Stone, Paste, New York Times, Los Angeles Times, and Time. 2012 saw The Carpenter hit #4 on the Billboard Top 200, while People, USA Today, and American Songwriter lauded the album. The group appeared on Jimmy Kimmel LIVE! twice in a few months’ time. During their second performance, the Brooklyn Philharmonic joined to pay homage to Brooklyn with “I and Love and You” at Mr. Kimmel’s request. Their eighth studio album, Magpie and the Dandelion, debuted at #5 on the Billboard Top 200. They performed on The Tonight Show with Jay Leno, The Late Show with David Letterman, and accompanied Chris Cornell for a Pearl Jam tribute on Late Night with Jimmy Fallon. The band supported The Rolling Stones in Raleigh during 2015’s Zip Code Tour. True Sadness achieved THE AVETT BROTHERS highest career debut to date, dominated multiple charts, and earned the band 2 Grammy nominations. The Rick Rubin-produced album hit #1 on Billboard’s Top Albums Chart, #1 Top Rock Albums Chart, #1 Digital Albums Chart and #3 on the Billboard Top 200. For high-resolution images of The Avett Brothers: https://spaces.hightail.com/receive/AC55f.