PANAMA CITY BEACH, Fla. – Whether or not he would wade into the water became the question hanging over President Barack Obama’s overnight stay on the Gulf Coast. Obama answered it within hours of his arrival in Panama City Beach, … Read More

A housing market rebound seems tenuous following the expiration of the home buyer tax credit, and consumer confidence remains weak due to lackluster employment, but David Stiff, chief economist at Fiserv, says the bottom is near. Home prices in the … Read More 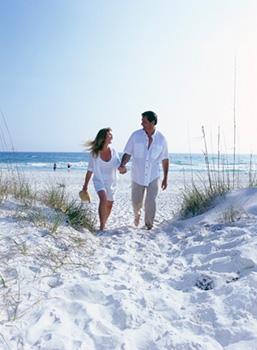 The beaches of Panama City Beach use the following flag system to alert beachgoers of surf conditions and keep everyone safe. Flags are posted at all public beach areas and conditions are monitored throughout each day. Please remember that the … Read More