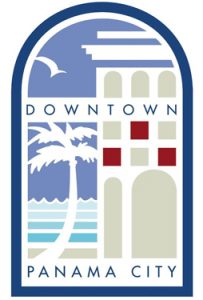 Historic Downtown Panama City has the charm of Old Florida right on the beautiful St. Andrews Bay. Downtown has a thriving art scene, regular live music, great restaurants and unique shopping. Lots of new businesses are flocking to the area, bringing a fresh feel to Downtown. You can still find the antique shops that have been a staple of downtown for years, but now you can also find charming specialty stores, coffee, and craft beer just to name a few! Downtown merchants work together to put on regular events. Please visit the Downtown website historicdowntownpc.net to stay up to date on what’s happening in Historic Downtown Panama City. Event calendar coming soon!

HISTORY: The Downtown area was originally called “Harrison” and briefly “Park Resort” in the 1800s. Under the developer G.M. West, the community was named Panama City in 1906, and the focal point became the waterfront where rudimentary piers housed commercial shipping, a post office and the city jail. Businesses extended northward up the first two blocks of Harrison Avenue. Panama City gradually became a municipality. Under Mr. West’s guidance, a newspaper called The Panama City Pilot was organized in 1906. Also, in the last part of that decade, a schoolhouse was built, churches were established, the Atlanta and St. Andrew Bay Railroad finally connected Panama City with cities to the north, and the city was incorporated in 1909.

Business gradually expanded into the 300 and 400 blocks of Harrison Avenue in the 1910s. The city establishment of banks, a public library, electricity, city lighting, a phone service and an ice plant were welcome additions. In 1913, Panama City became the seat of the newly formed Bay County. Expansion continued into the 1920s and 30s. The Adams Hospital on East 5th Street was built in 1924. The following year a new City Hall was erected on 4th Street. The area’s first skyscraper, the Dixie Sherman Hotel, was finished in 1926. Other banks were built including the Commercial in 1926, the First Federal in 1934, and the Bay National in 1935. These banks still exist downtown, though the names have changed. In the late 1930s, the first waterfront improvement was done at the end of Harrison Avenue. A semi-circular seawall with landscaping, dock, civic center and turnaround were built. The limits and shape of the downtown were now firmly established, with business extending as far as the 700 block.

Revitalization: Redevelopment and revitalization programs started in the latter half of the 20th Century. A new marina was built at the end of Harrison in 1957. In 1984, the Panama City CRA was created to revitalize the area. In 1999 the Streetscape project on Harrison Ave. gave the sidewalks, landscaping and lighting a renewed look. One of our most recent projects is the new parking lot at 4th Street and Grace, behind the Martin Theatre. The parking lot is at the former location of the Cheese Barn. The building was demolished in 2008 and the lot was completed in 2010.